IN THE WORKS - The penultimate weekend 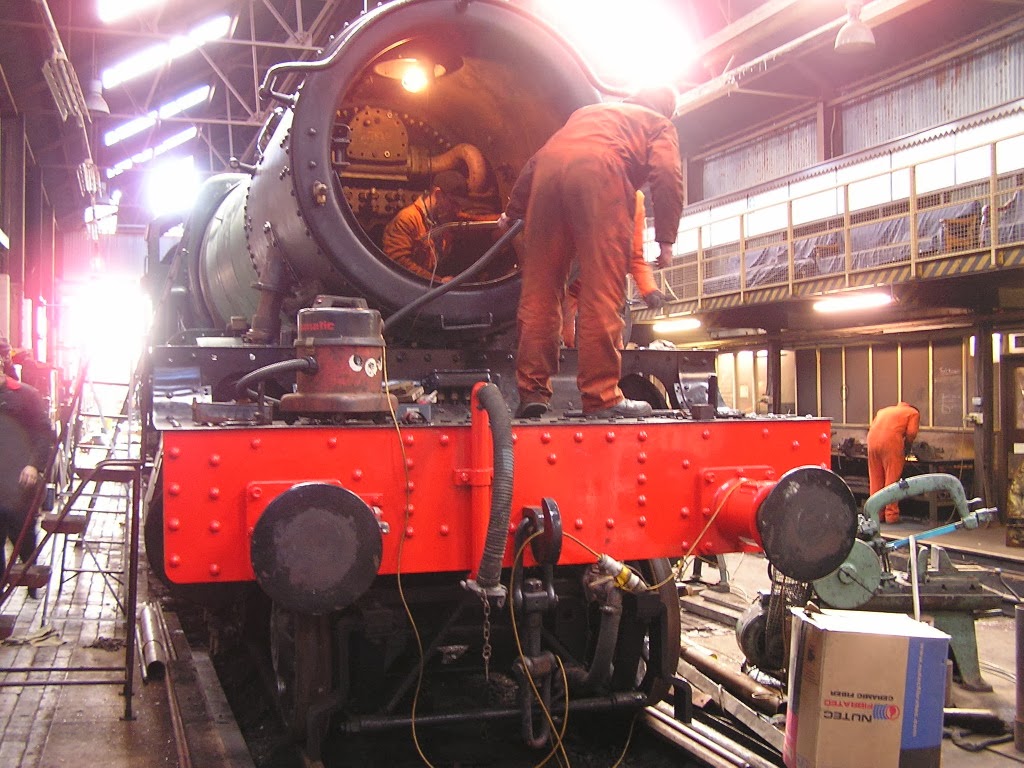 Tyseley's staff busy themselves fitting out the smoke box 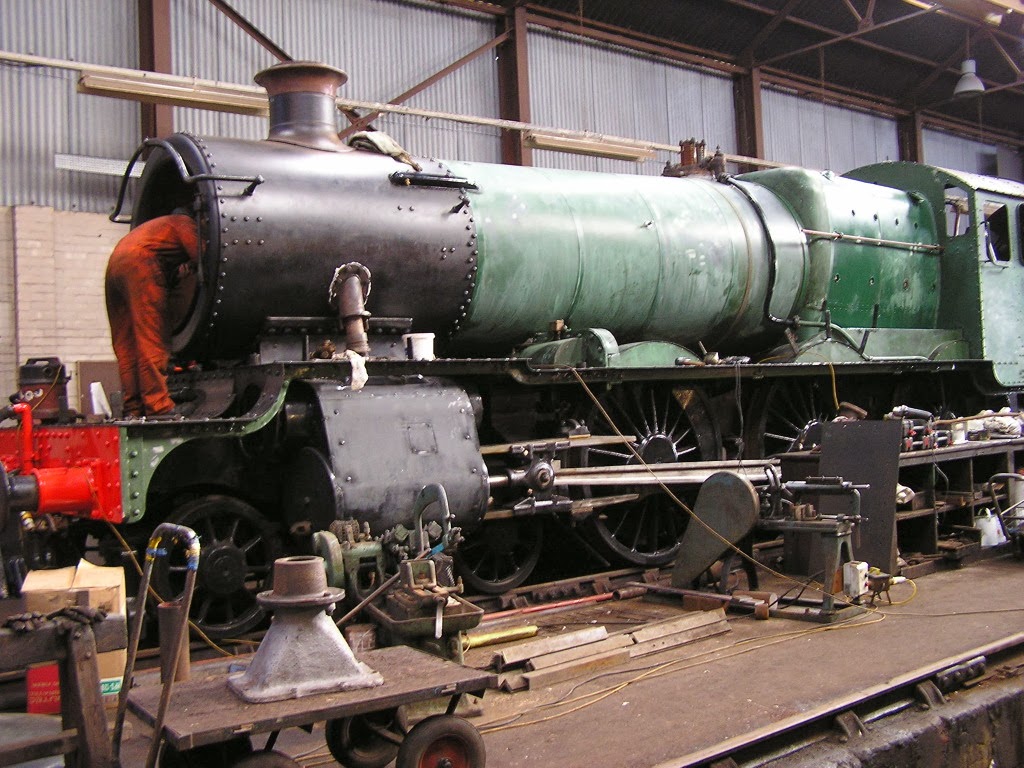 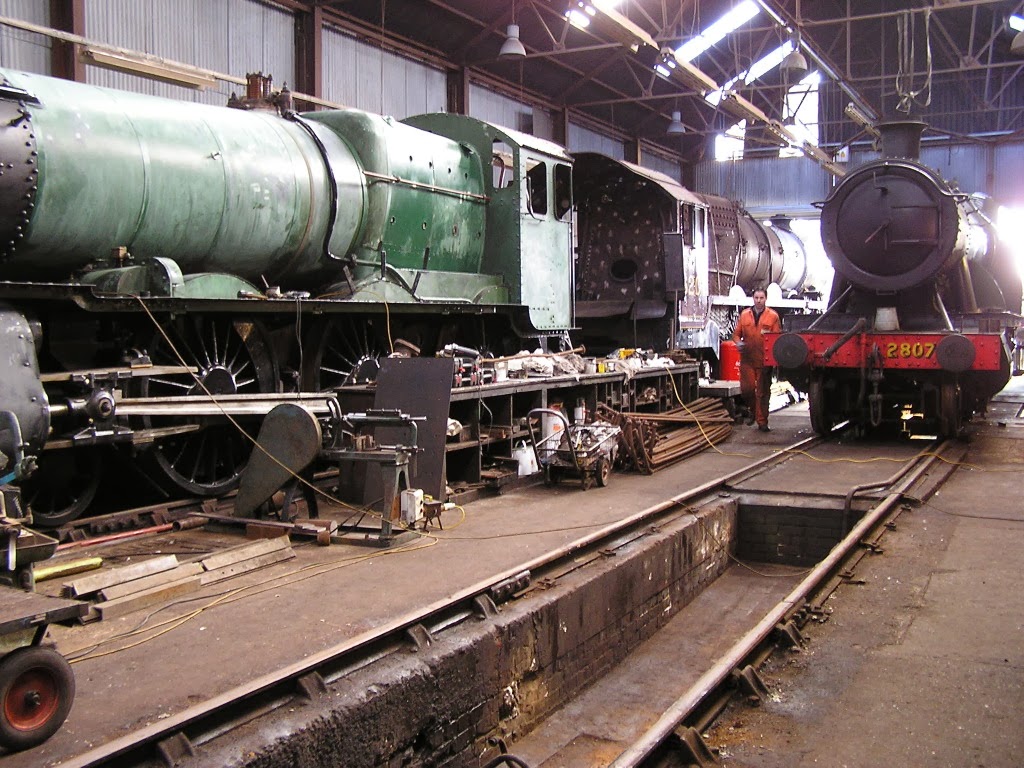 All the cladding now in place, the safety valve bonnet, whistles and feed pipe covers
are the next items to be fitted 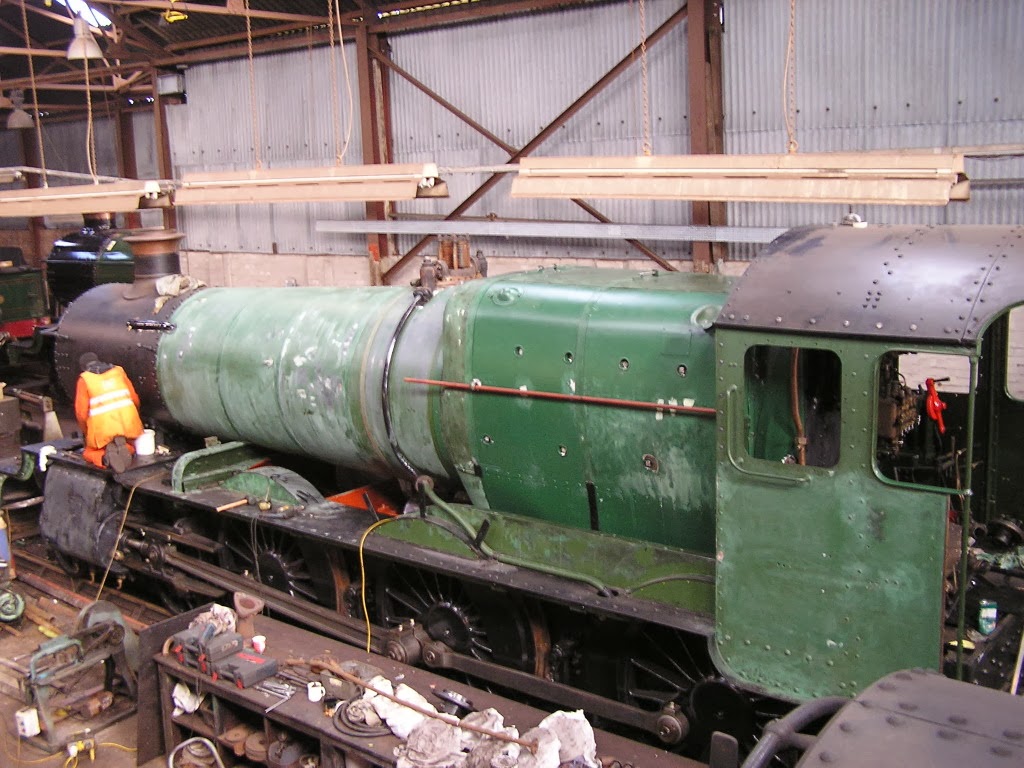 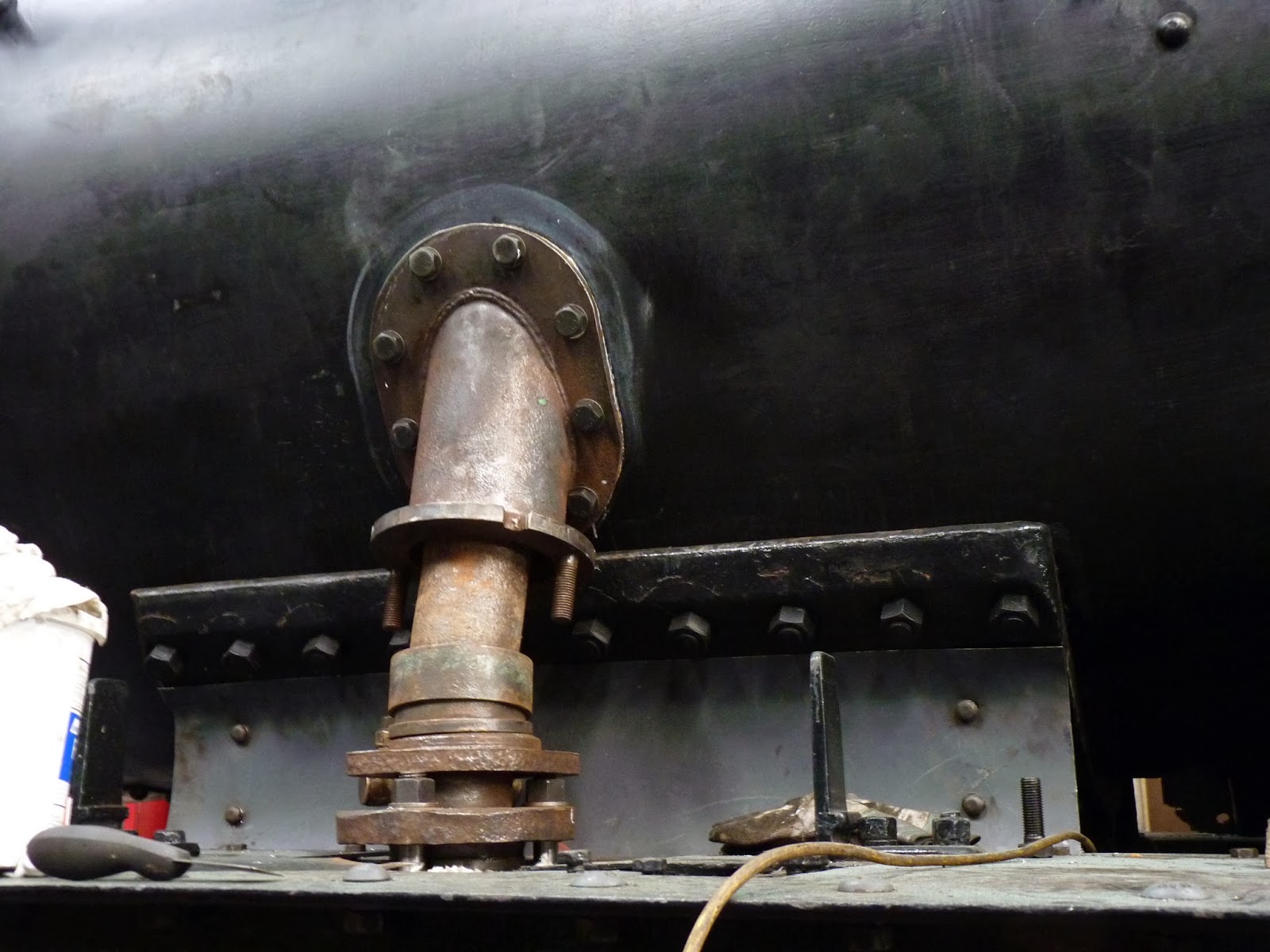 One of the outside steam pipes now connected to the steam chest, saddle
cladding in place and the snifting valve, hidden by the steam pipe, refitted. 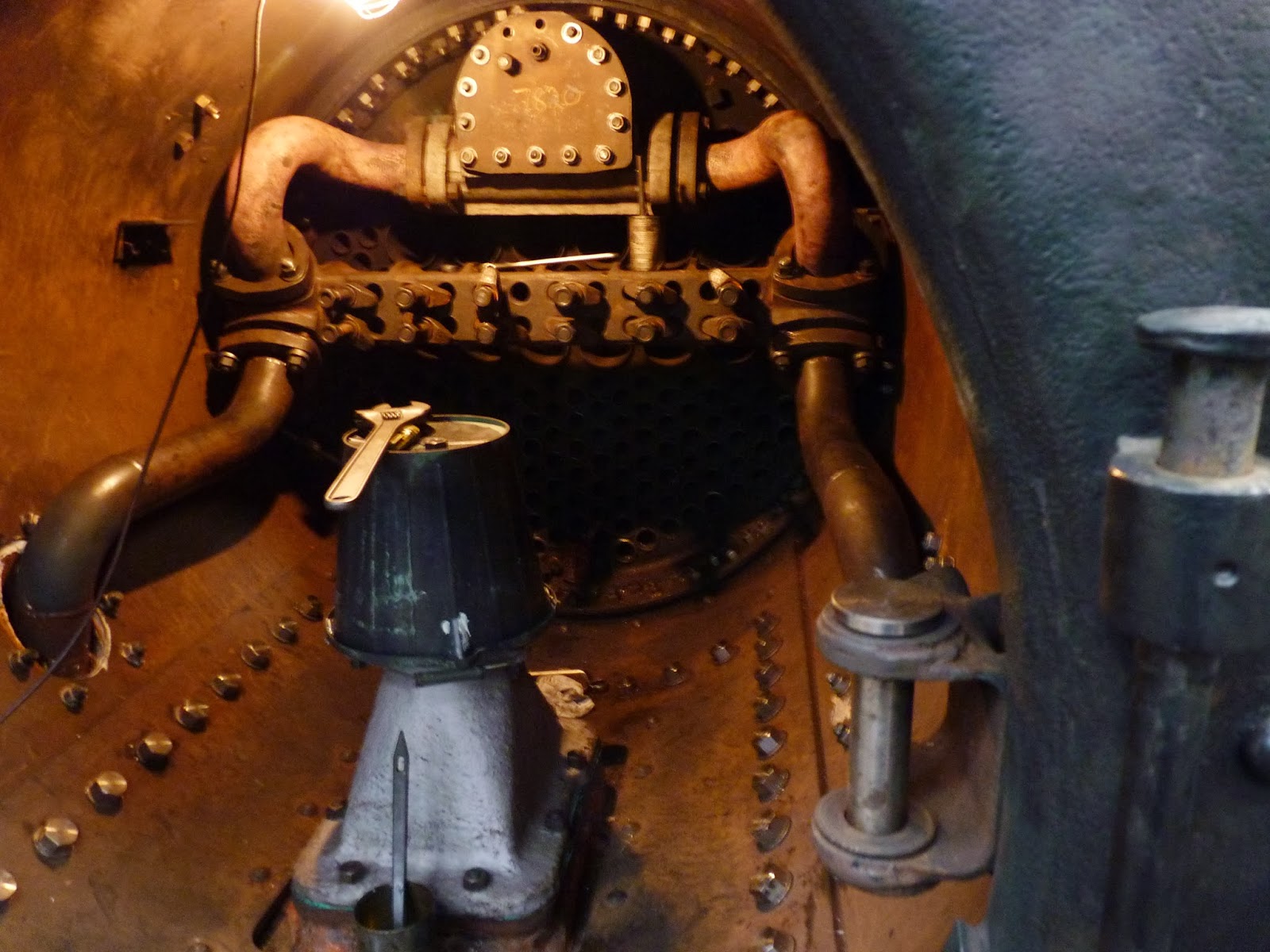 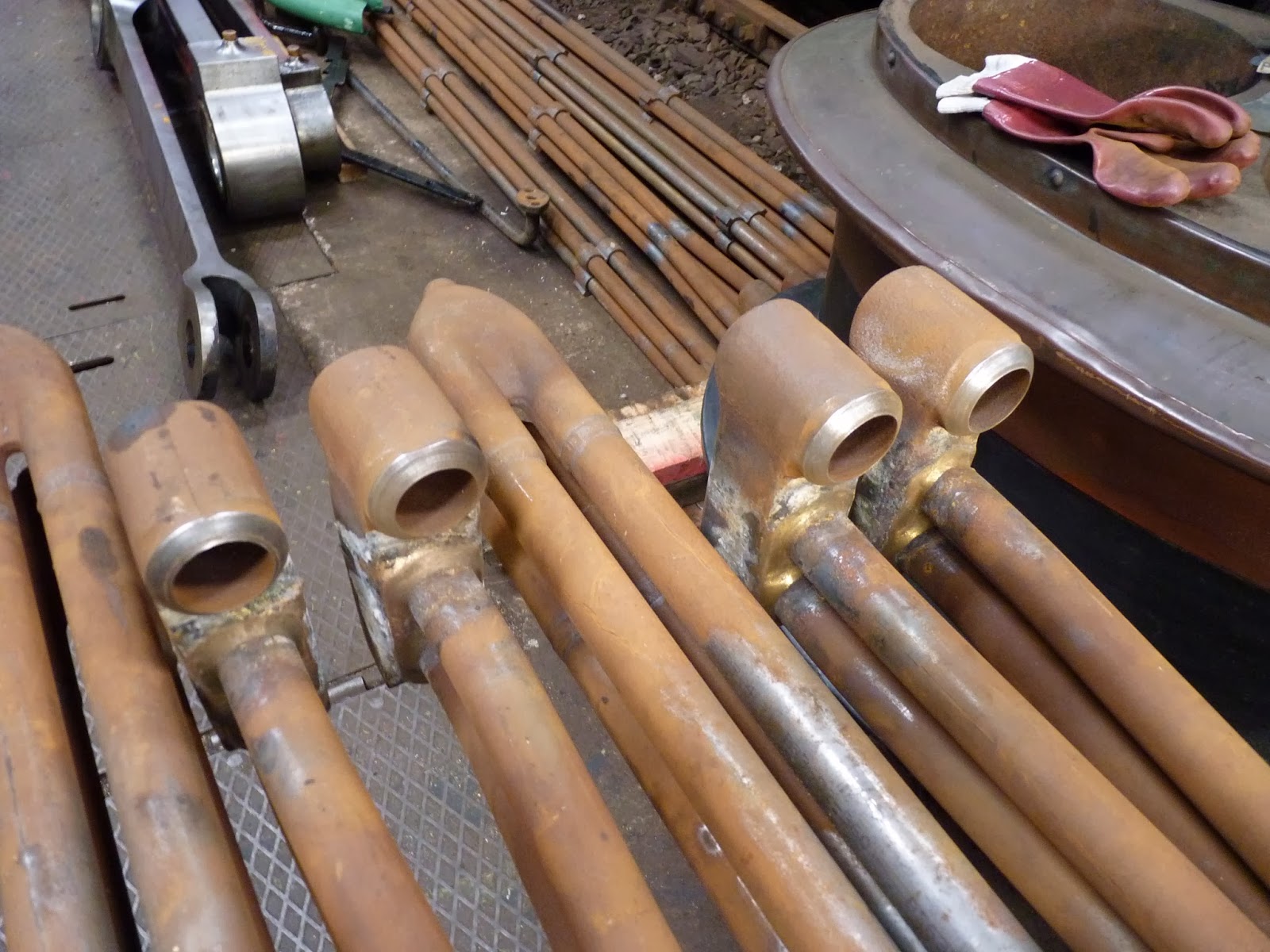 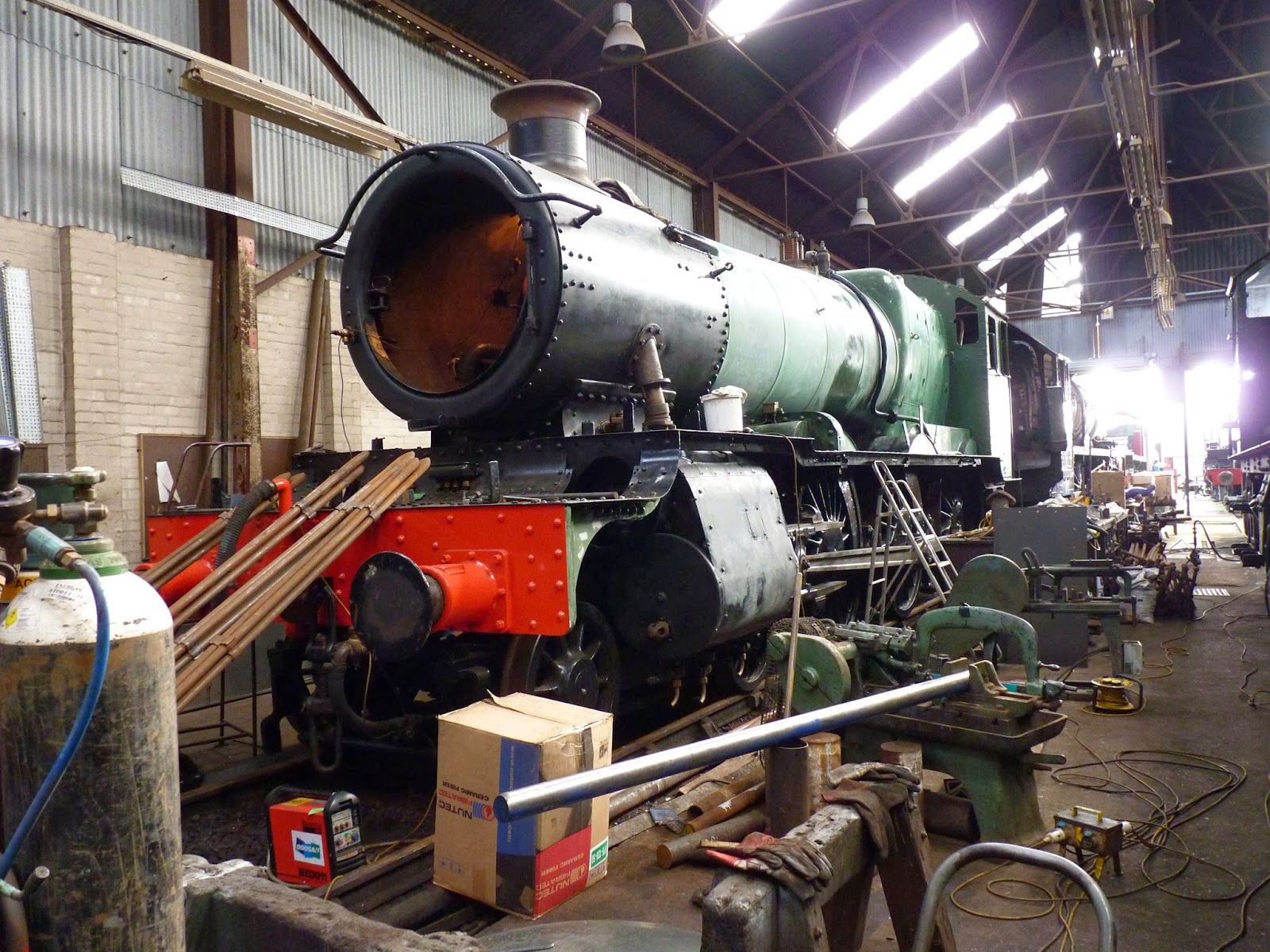 Preparation is made to install the superheater elements 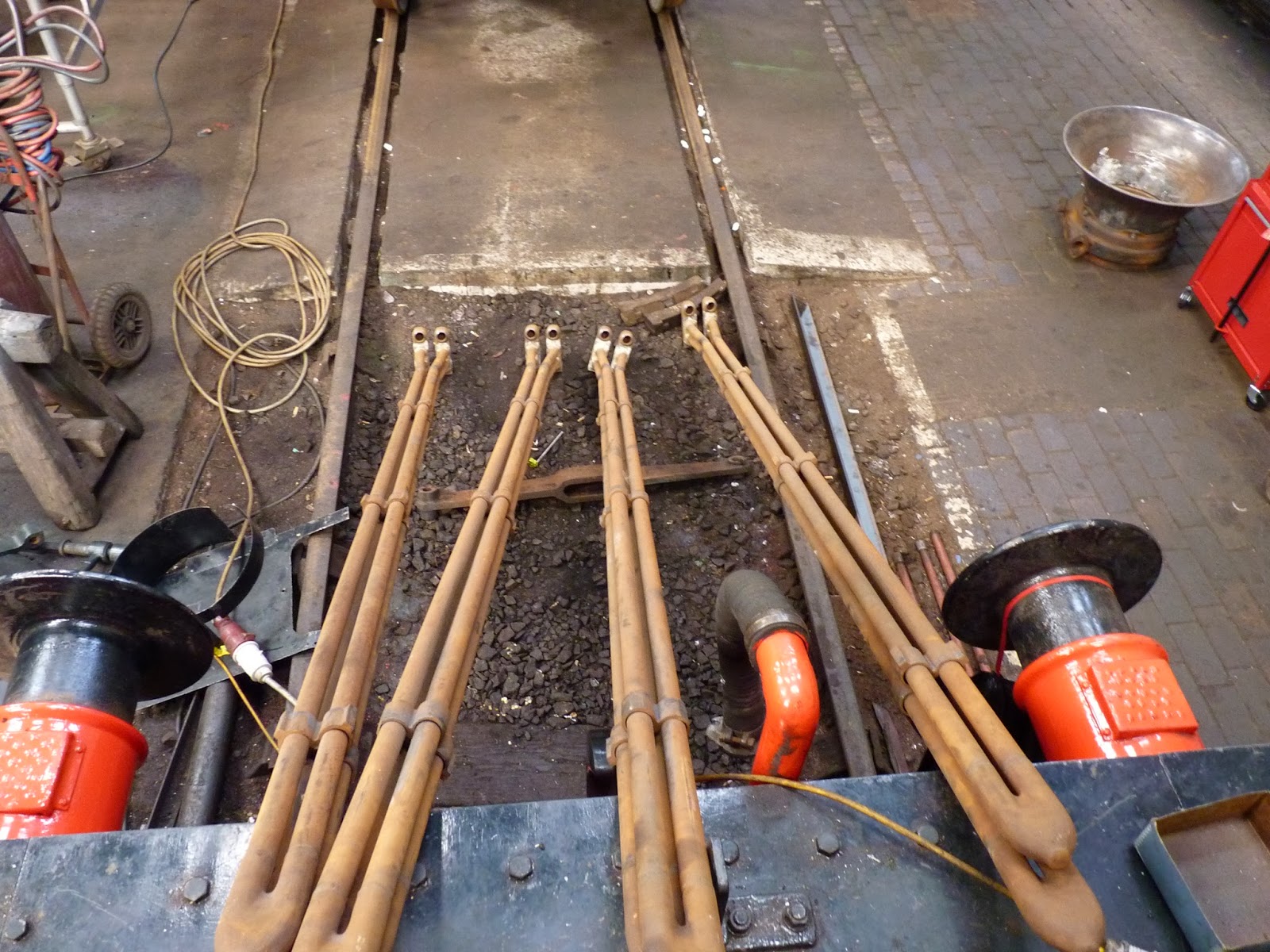 Seen from the smoke box, four of the twelve superheater elements are ready to feed
into the large boiler tubes 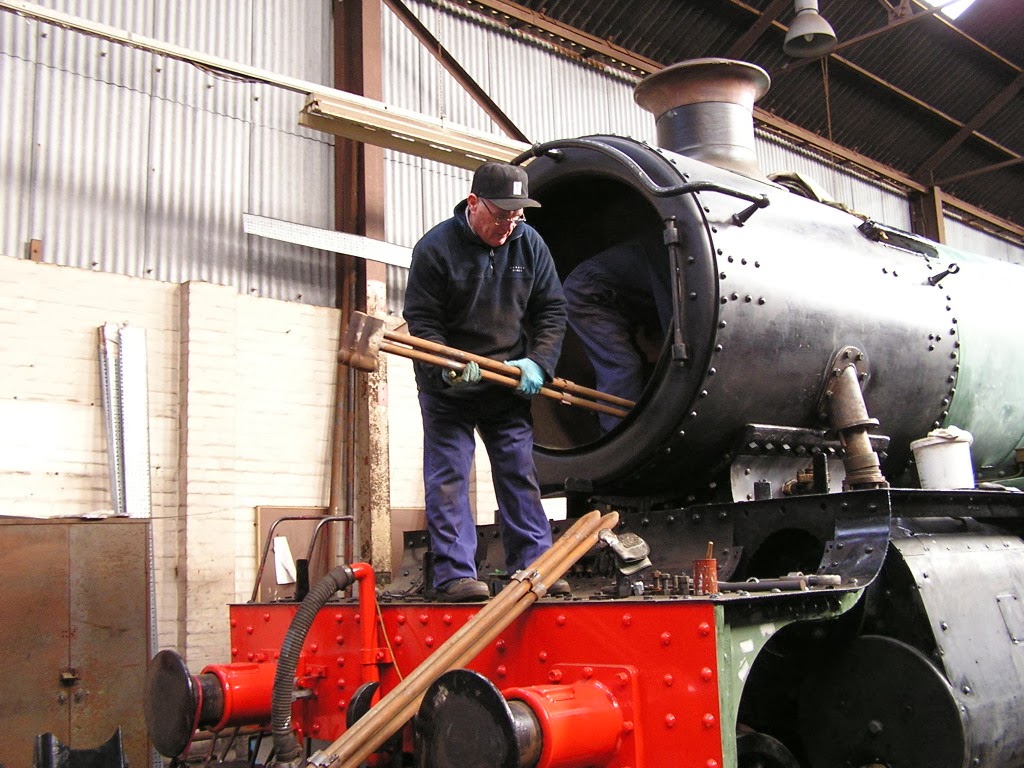 One by one the elements are fitted to the boiler 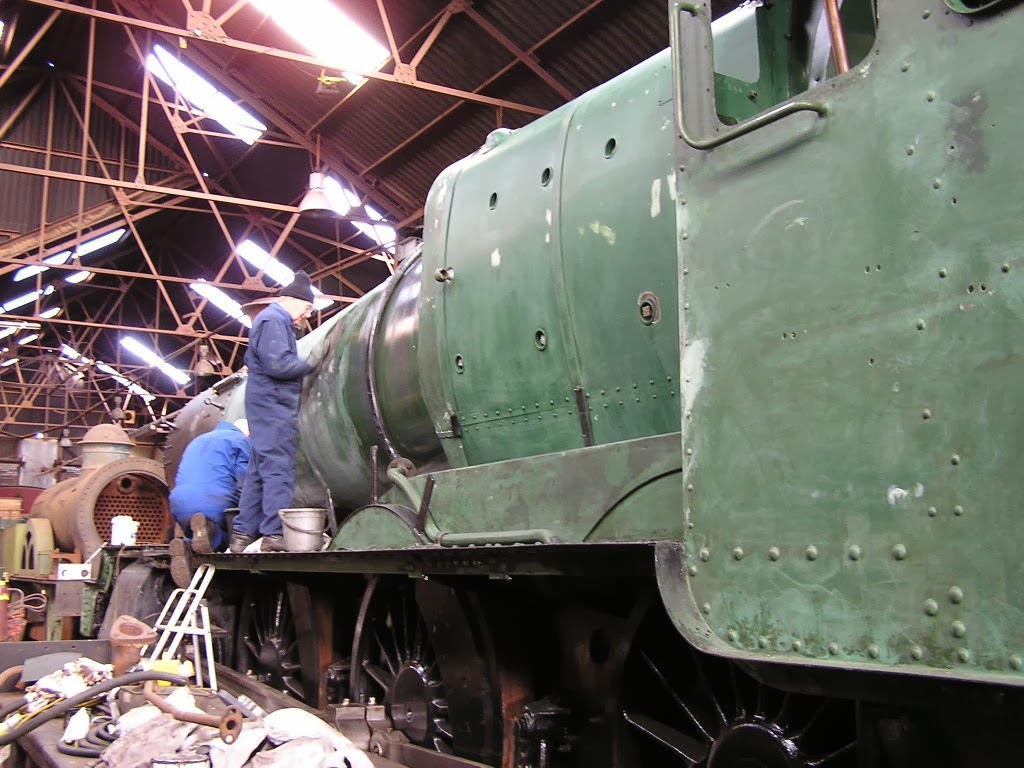 Meanwhile, rubbing down continues in readiness for painting
Posted by Unknown at 06:26