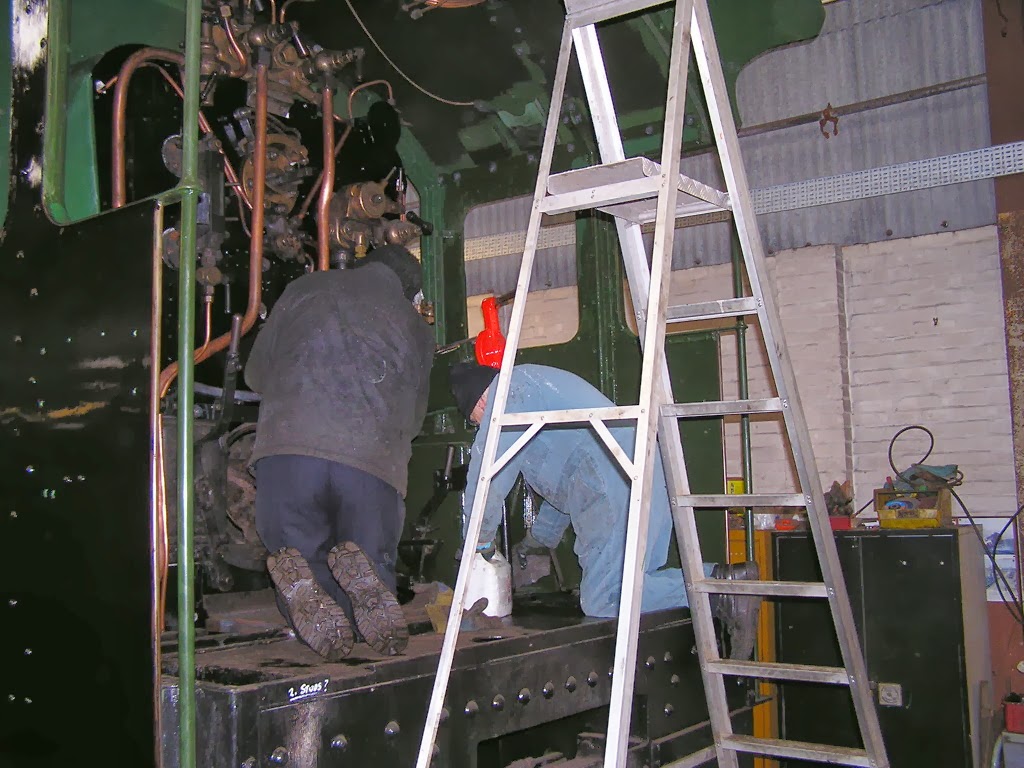 On the final weekend at Tyseley, members of the working party continue fitting the multitude of pipes, fittings and plating to the cab 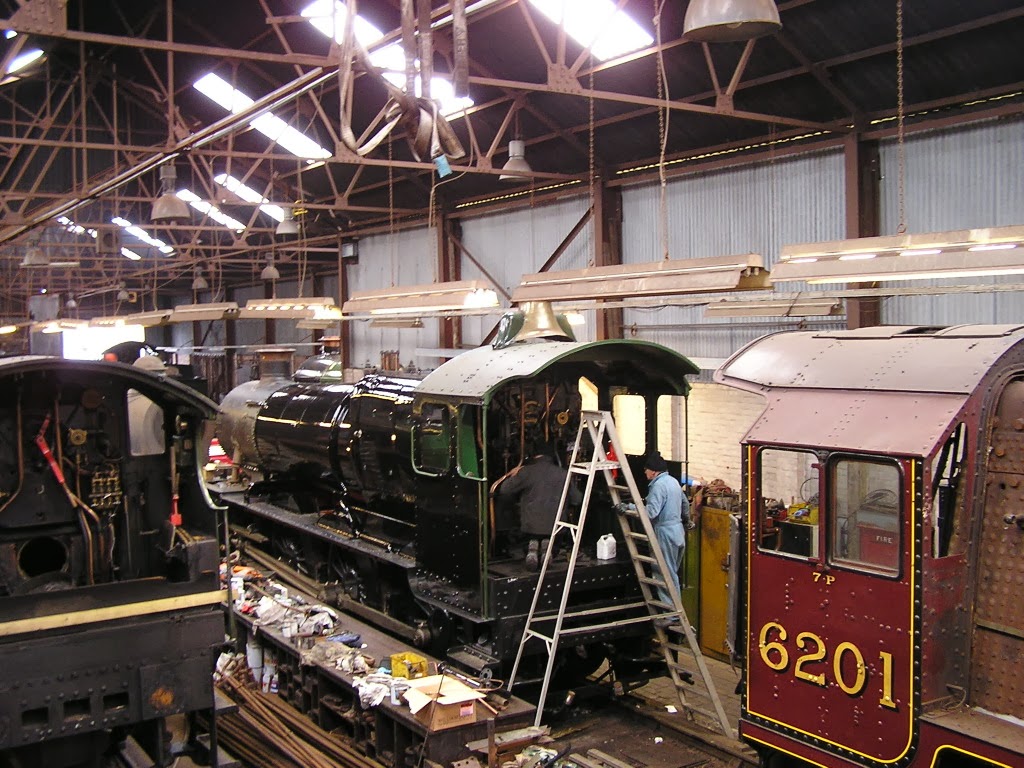 In her new unlined black livery, 7820 is prepared to leave Tyseley
for her new home 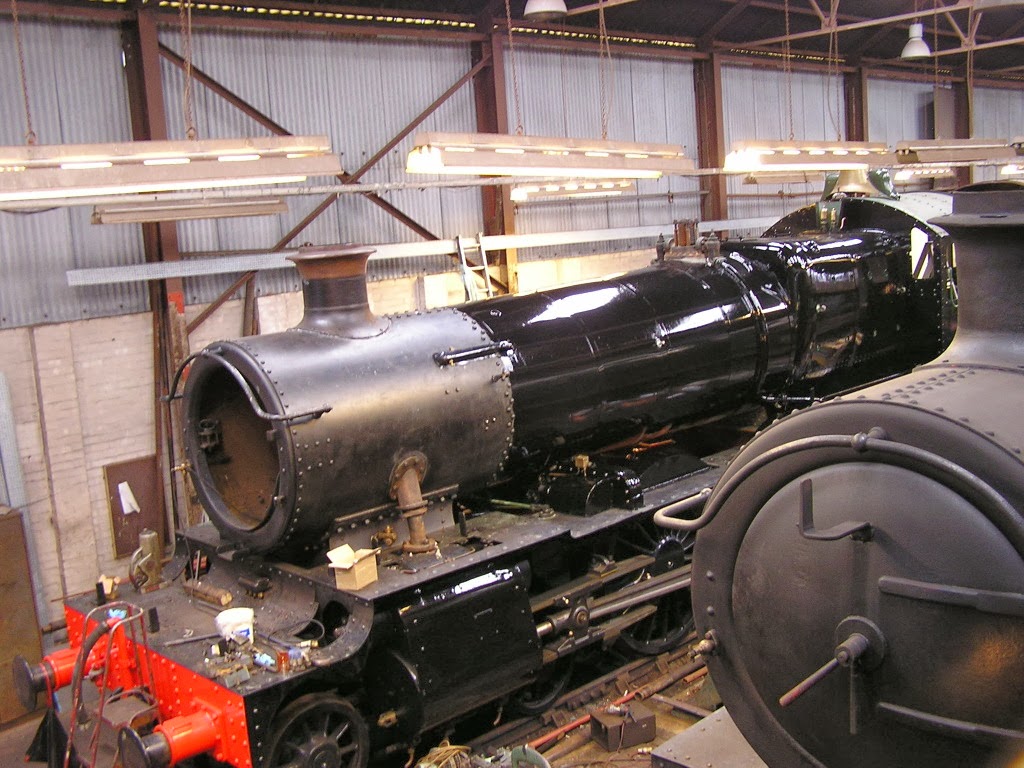 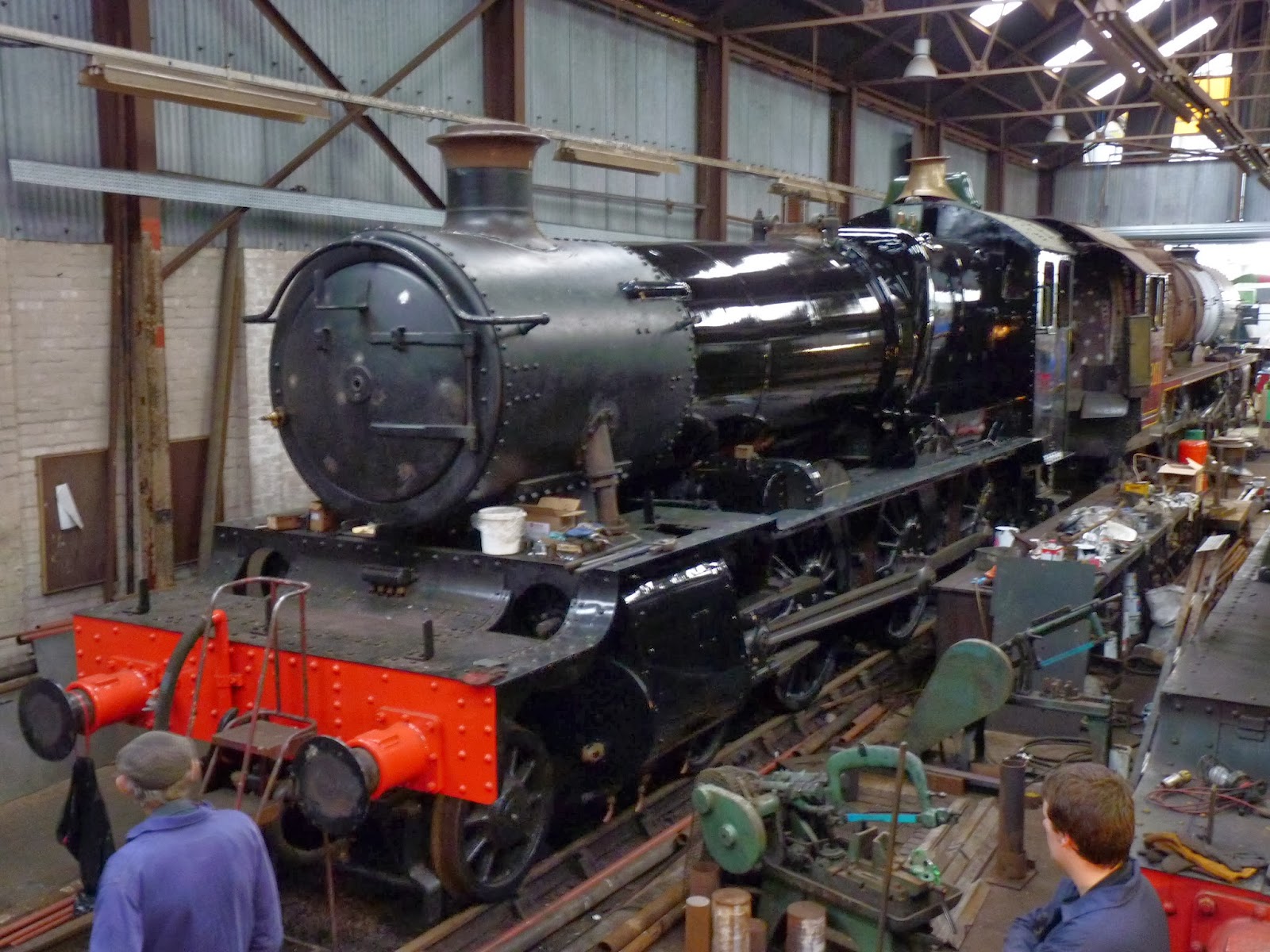 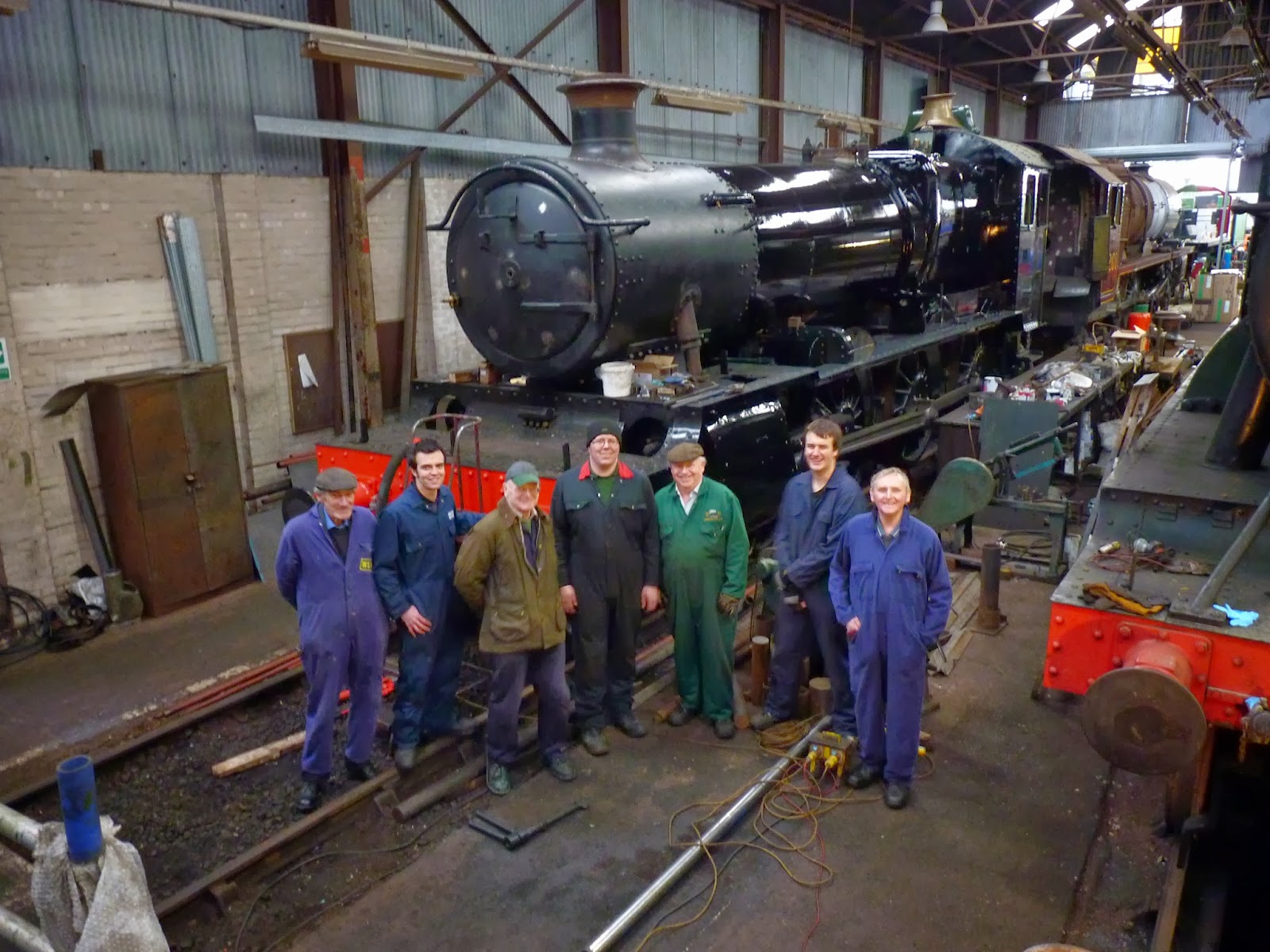 Some of the working party members, without whose tireless efforts
weekend after weekend 7820 would not have reached this point in her
overhaul, gather in front of the engine with smiles all round.
Thanks also go to the staff of Tyseley Locomotive Works whose
friendship over the past months will be sorely missed.
Posted by Unknown at 13:43