THE EAGLE HAS LANDED 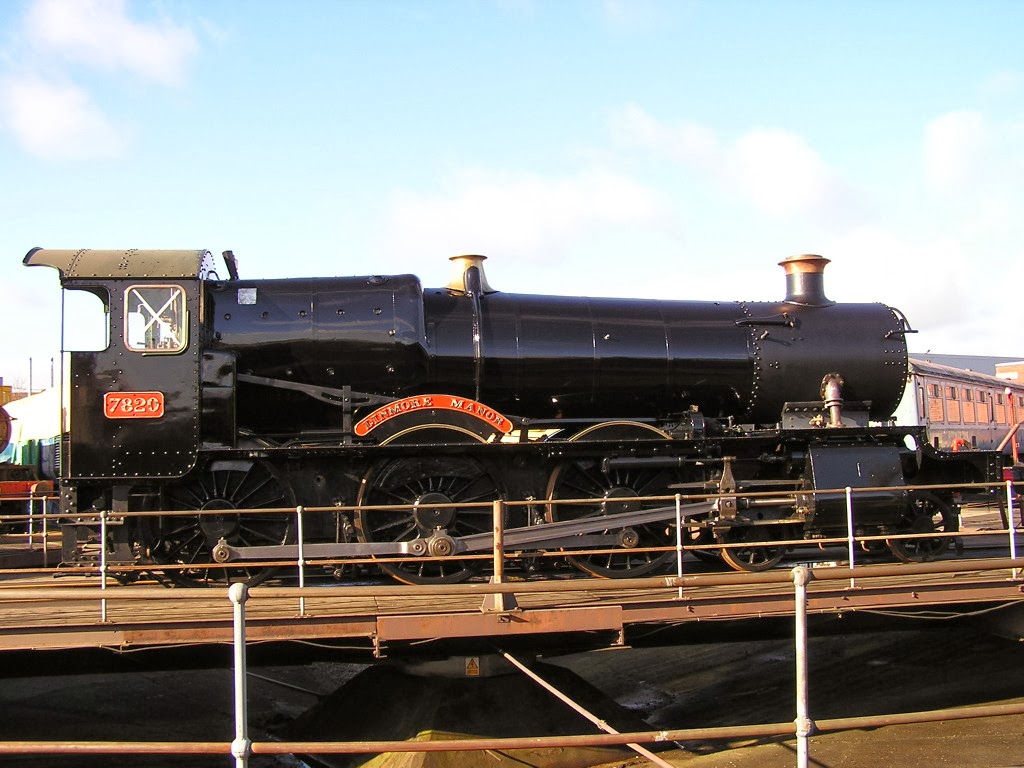 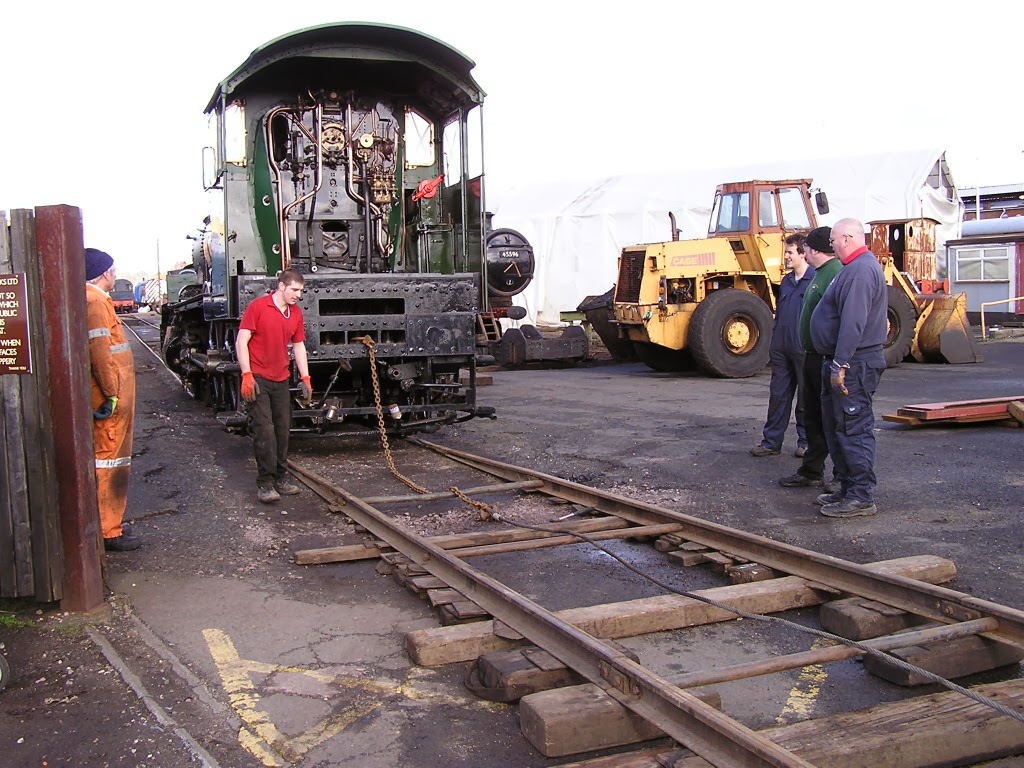 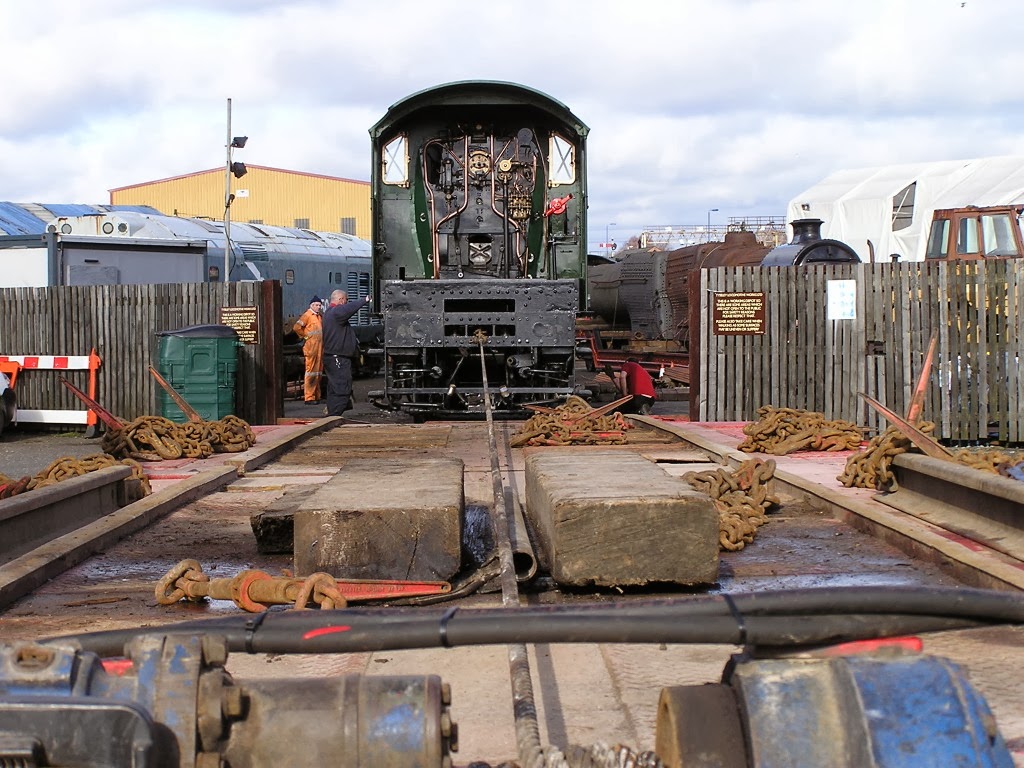 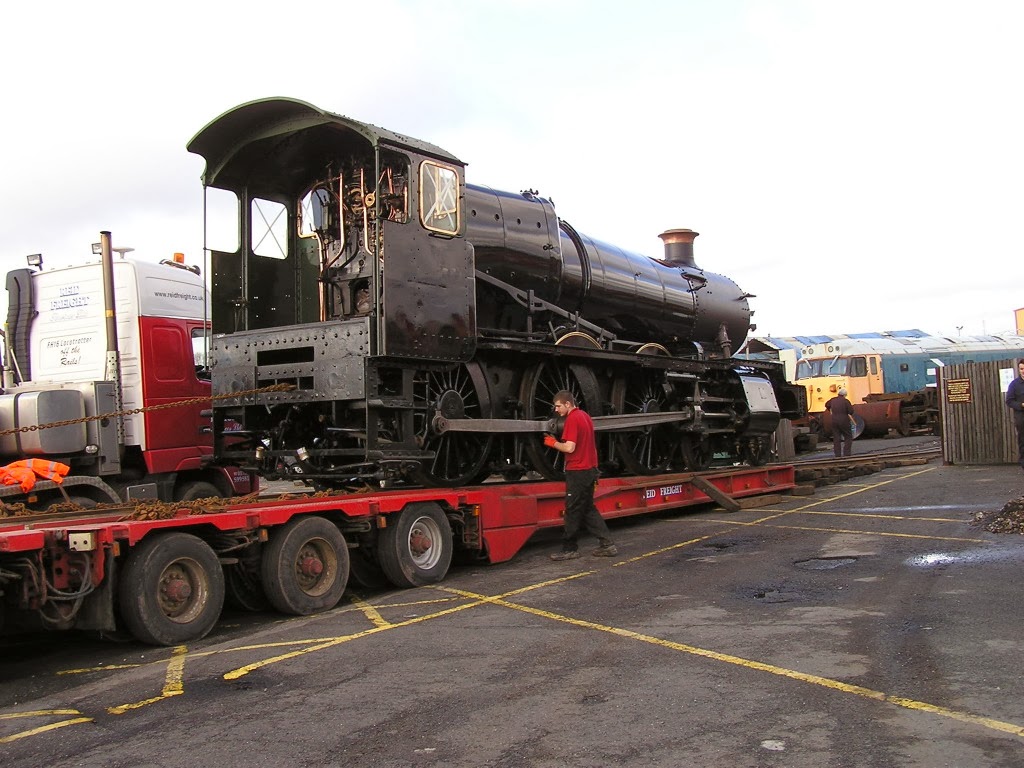 On board the transporter 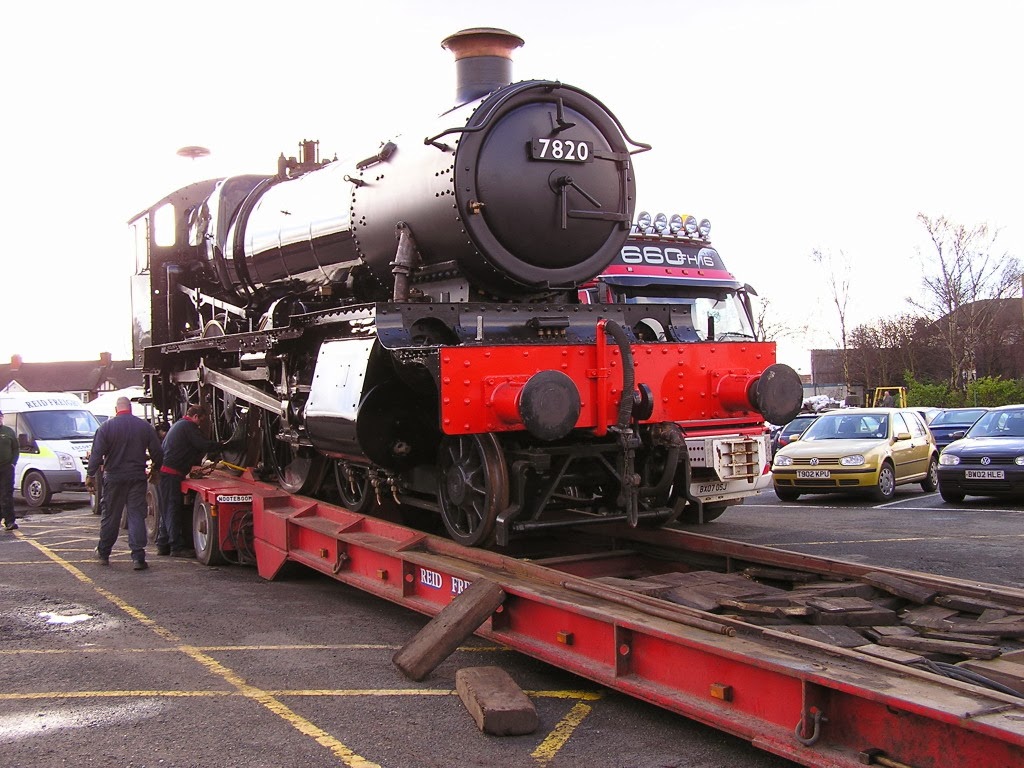 During the final stages of loading, a problem was discovered
with the transporter requiring the assisting of a mechanic 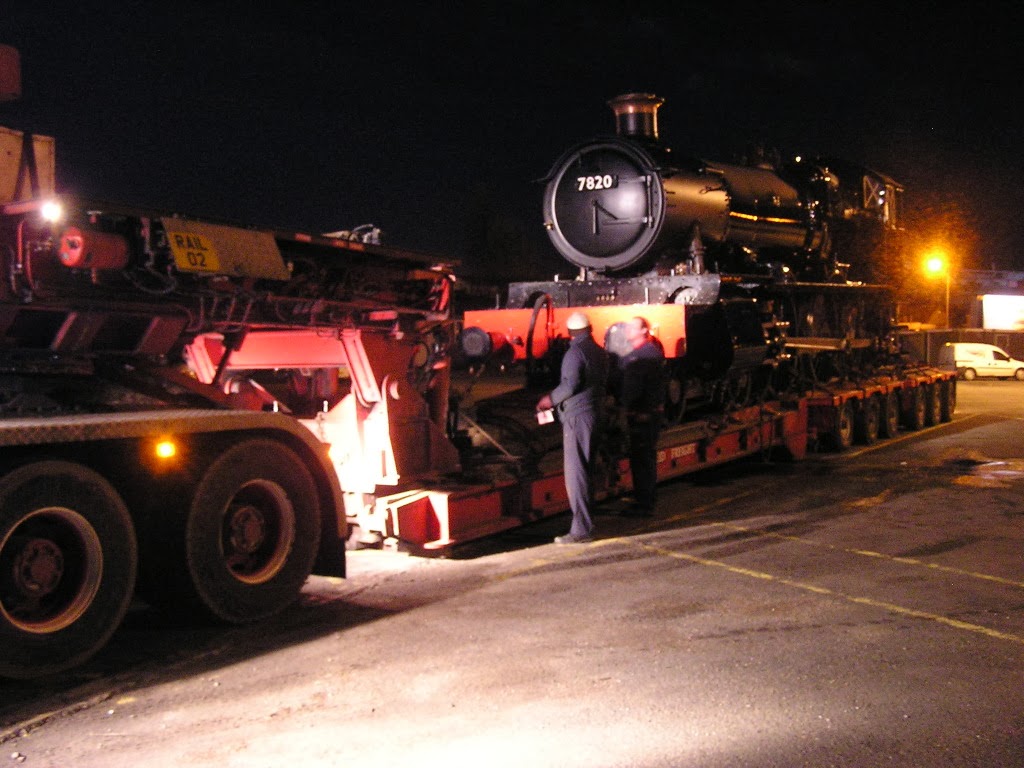 Darkness fell before the problem was rectified 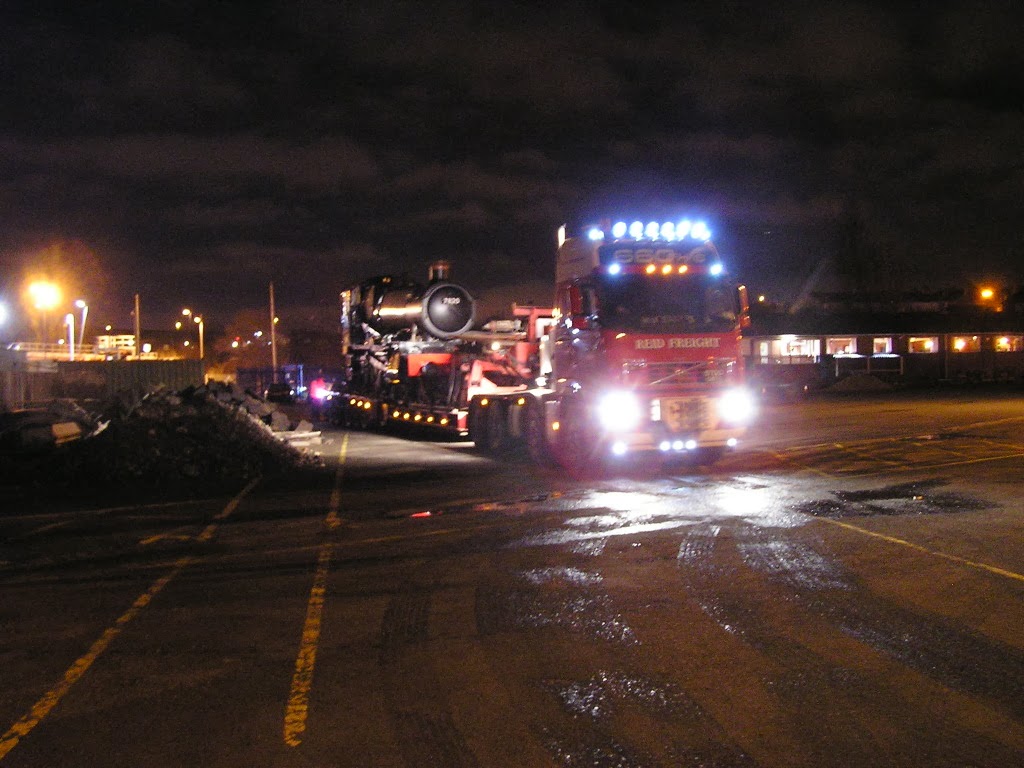 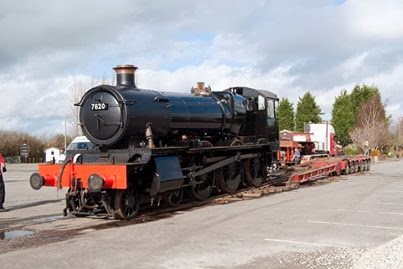 On Thursday 20th February 2014, 7820 arrived at Toddington and was unloaded
in a brief spell of sunshine Out in the yard on Saturday, 22nd February, the fitting of a host of
finishing parts is underway.
Posted by Unknown at 06:59