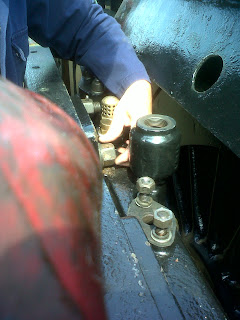 After completion of the assembly of the vacuum pump, it was lifted by five strong men, good and true, into position on the frame and secured. The oil bottle, vacuum pipe connection and pepper pot on the top of the pump can be clearly seen. 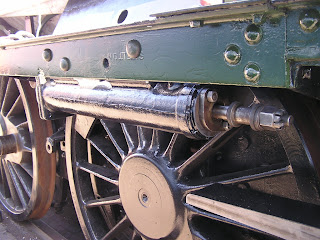 The vacuum pump in position ready to be coupled to the crosshead after the rods have been fitted. 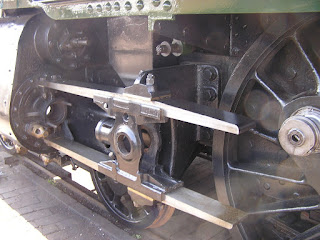 The left crosshead has been further eased to achieve a good sliding fit on the slide bars. 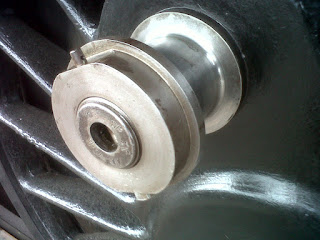 The crank pins have been cleaned in readiness for sizes to be taken so that the coupling rod and connecting rod re-metalled bushes can be machined. 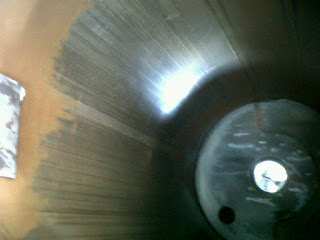 The cylinder bores have been cleaned in readiness for re-fitting the pistons which are now in final assembly. 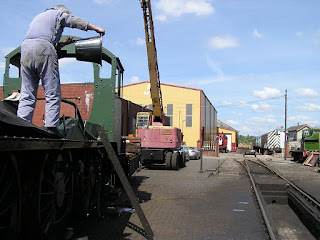 Back outside again, the protective tarpaulin has filled up with water in the beautiful Costa del Tyseley weather so some bailing out is done before some unfortunate soul underneath gets an unexpected shower. 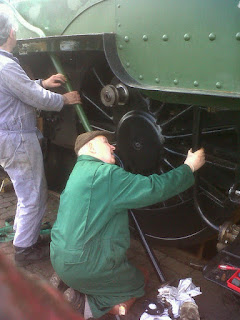 Meanwhile serious consideration is given to either attempt to play a tune on the pipes or refit them. 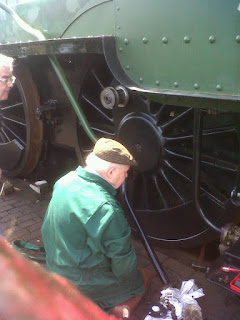 Cannot get a tune out of it so I had better refit it! 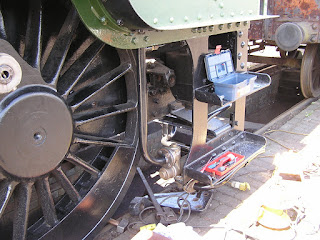 The left hand injector fully fitted, jointed and piped up. 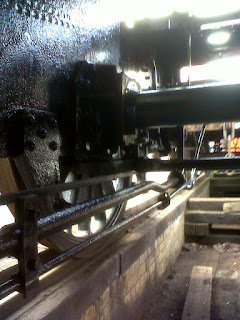 Underneath the vacuum piping is re-assembled and new joints fitted. The firebox normally occupies this area and previous damage caused by rivet heads on the firebox banging on the frames can be seen in the area above the axle box. 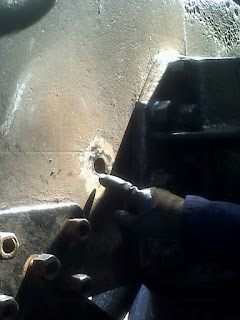 The spindle that carries the cranks for the ash pan damper doors had worn badly and is normally screwed into the threaded hole in the frame (indicated) with a nut securing it behind the trailing coupled wheel. However, at some stage, the spindle had been welded to the frame and it has been necessary to grind off the weld to release the spindle and dress the frame face for a new spindle that is now in manufacture. 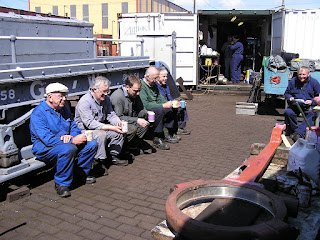 The Saturday team take a well earned tea break before launching merrily into their respective tasks!