Through the last months of 2014, progress was being made on
re-bushing the brake gear for the new Dinmore Manor tender. 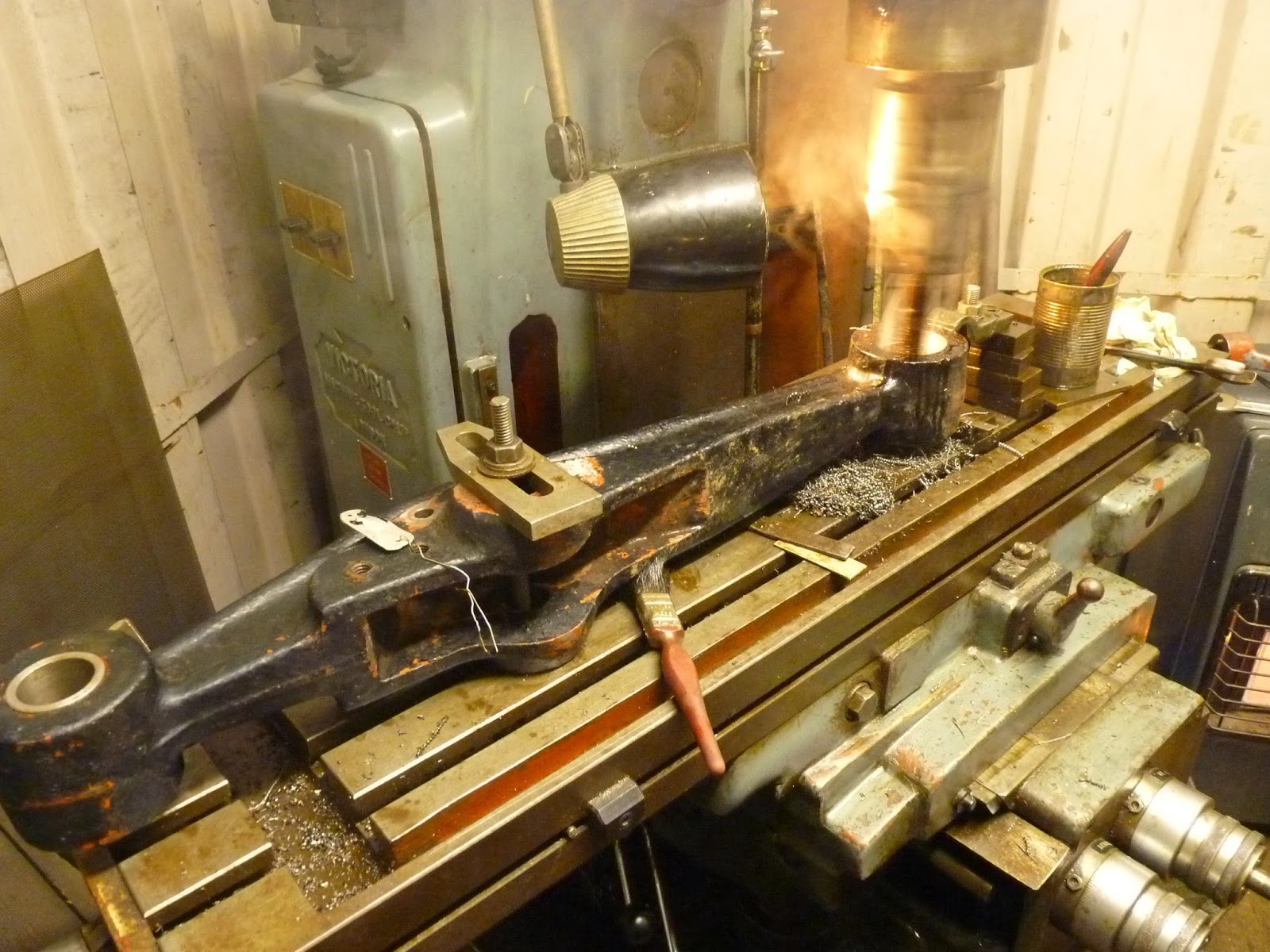 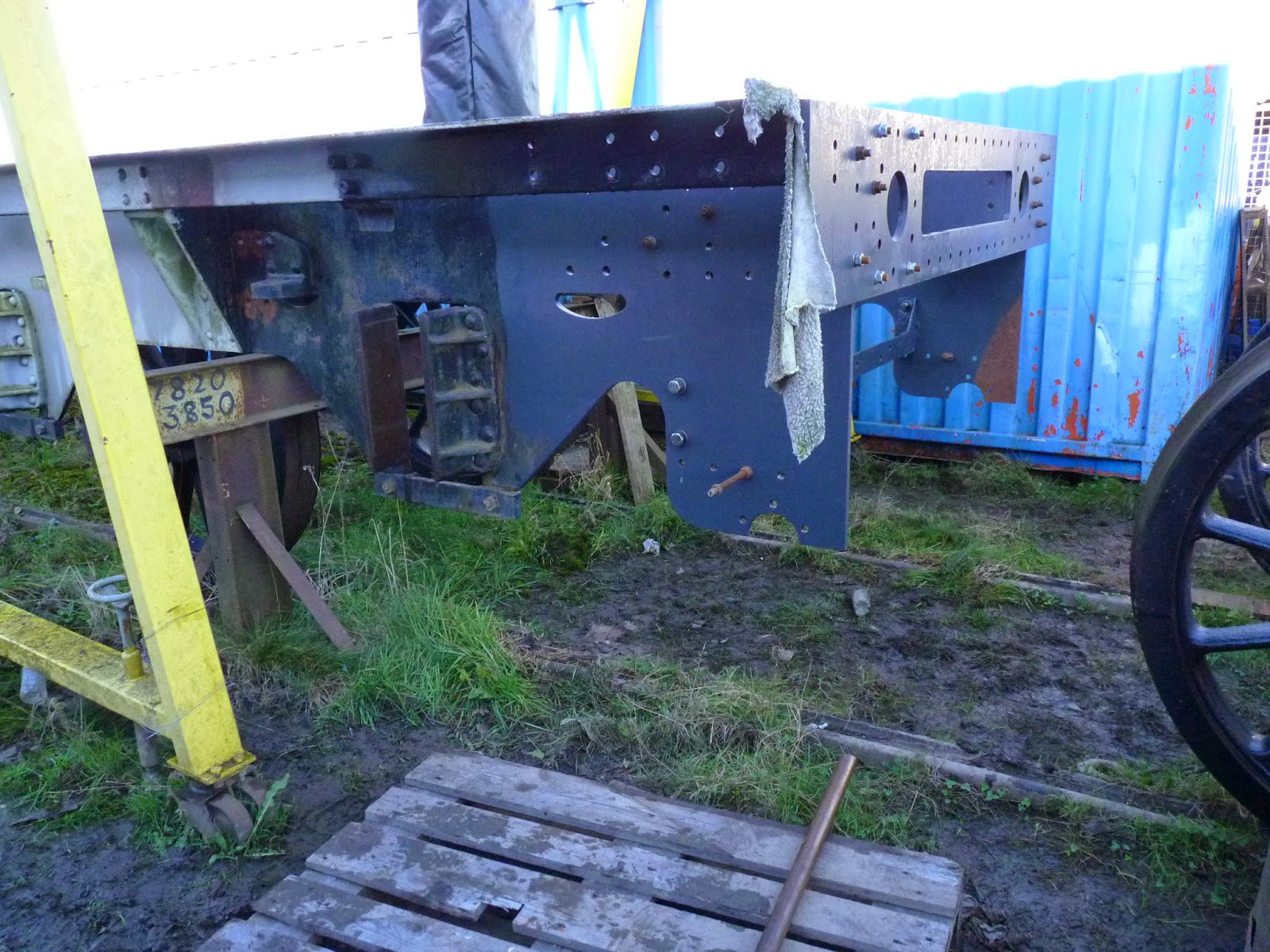 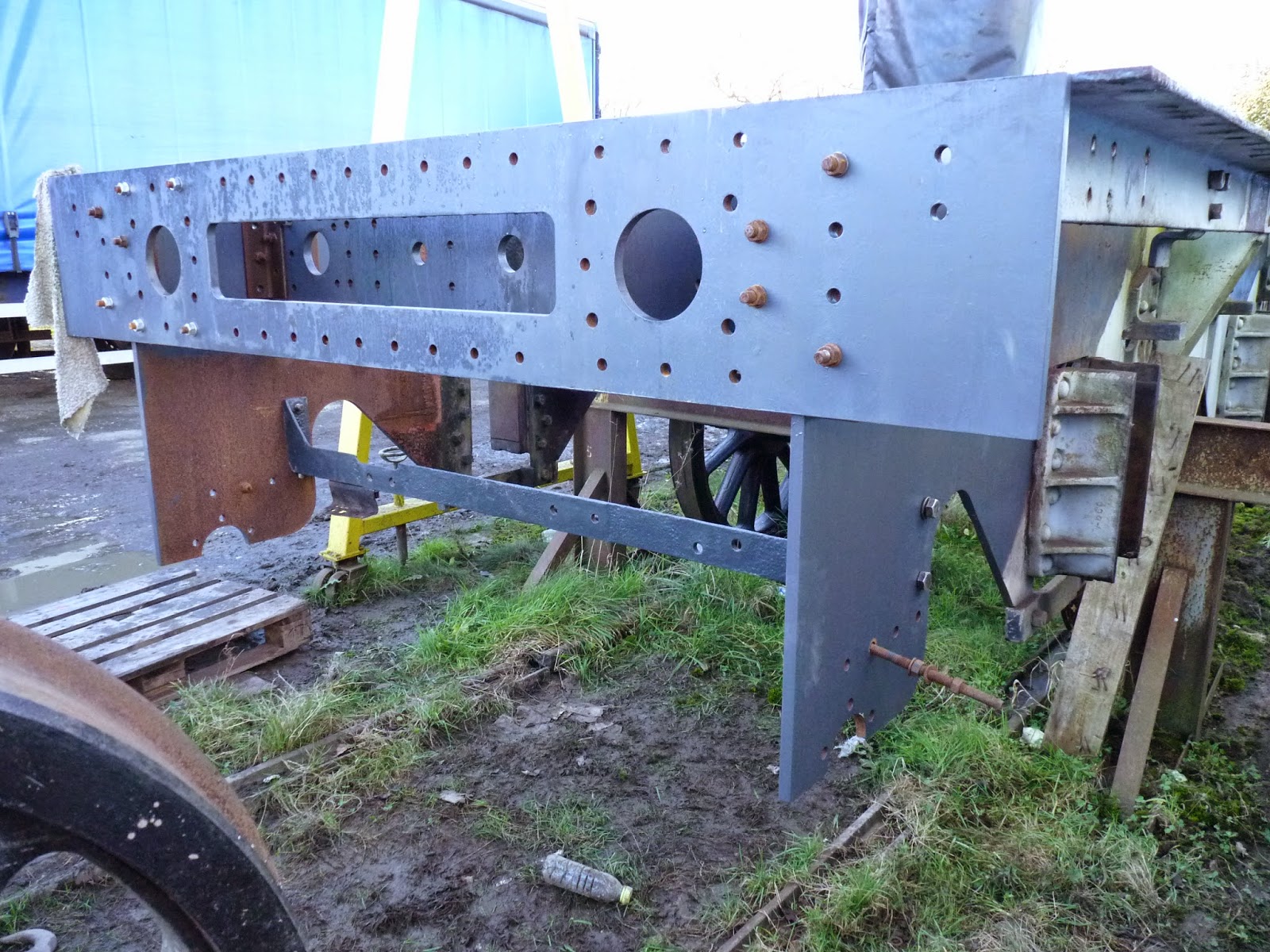 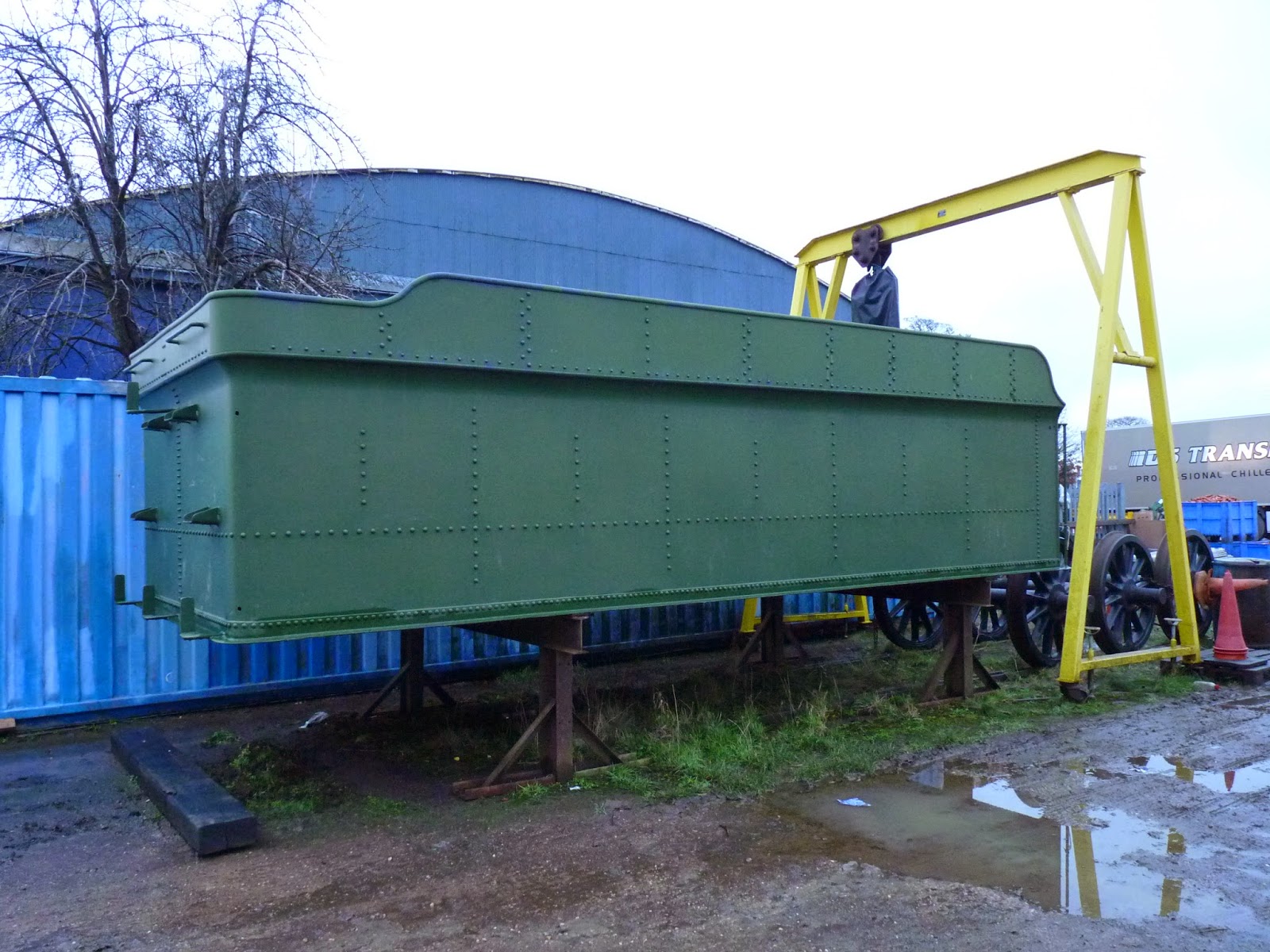 In late December, the frames moved to Toddington for completion of
the drag box and will remain there for re- erection. After removal of
the frames, the new 3,500 gallon tank which replaces the original 4,000
gallon Collett tender tank was placed on the jacks 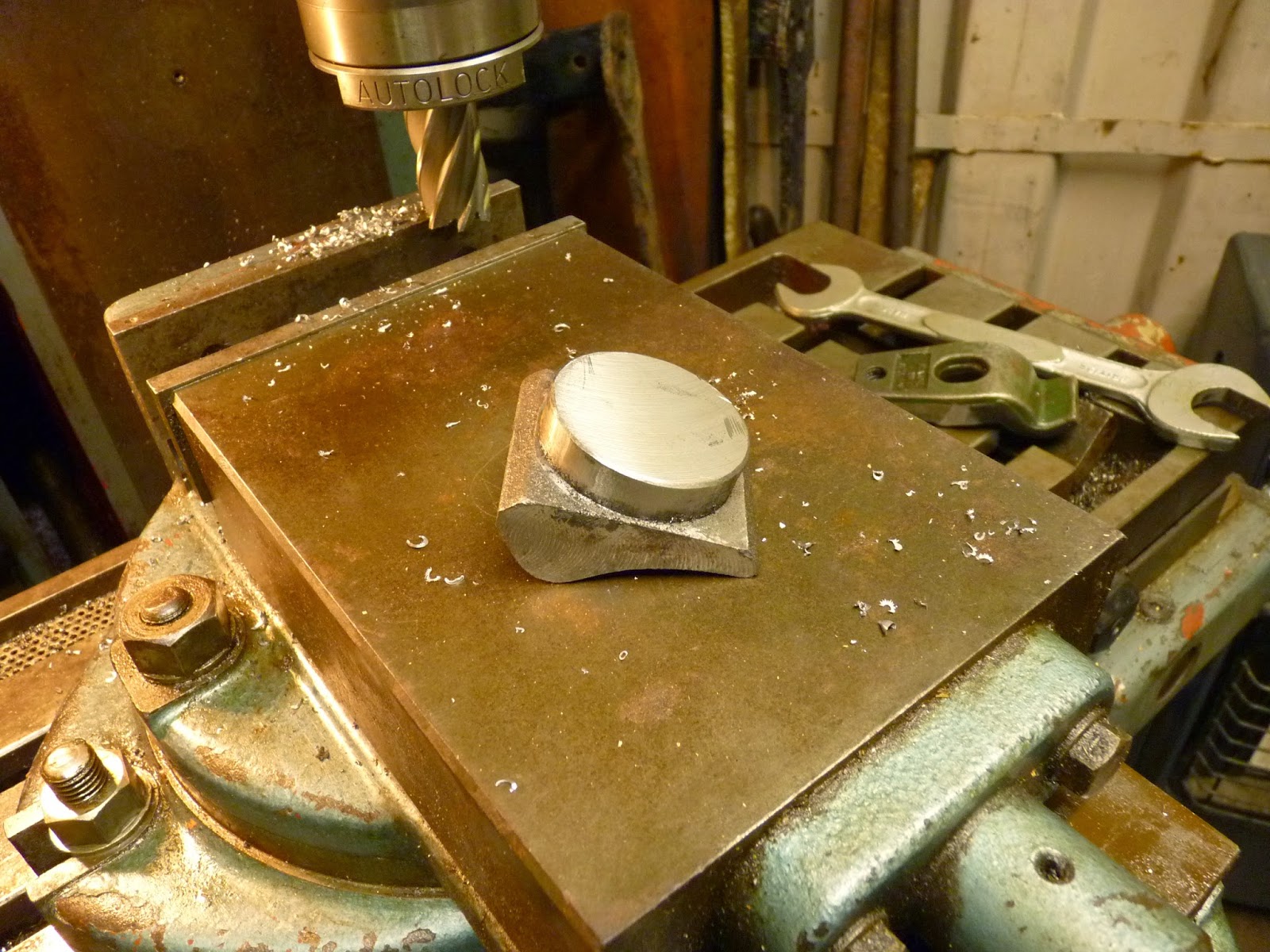 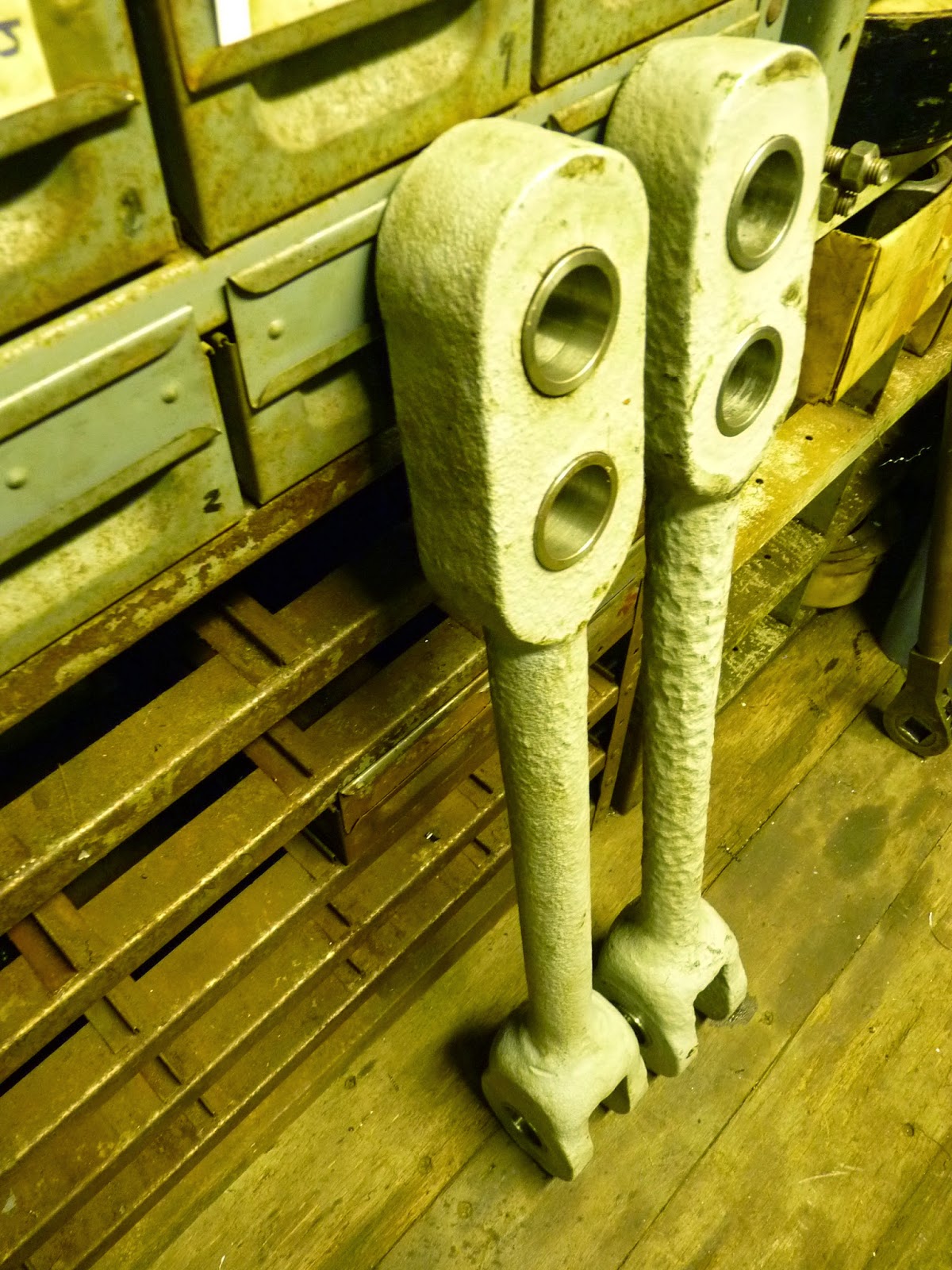 The brake shaft is currently 'off-site' for machining work to be
completed on it and the links from this shaft to the adjusting
screws have been re-bushed
Posted by Unknown at 09:33