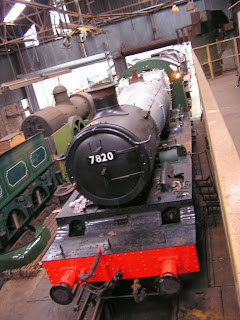 After initial fitting of the boiler, 7822 is moved under cover inside Tyseley Locomotive Works. 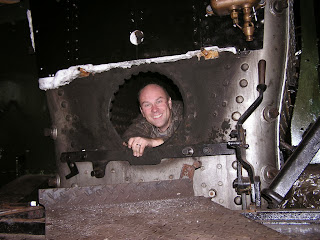 Disturbed by the shunting movement, one of the gnomes of Tyseley appears at the fire hole 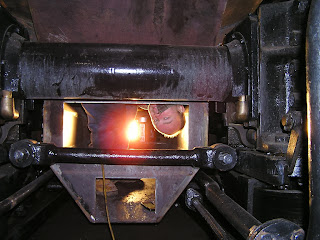 before entertaining the volunteers with some ash pan antics!!!! 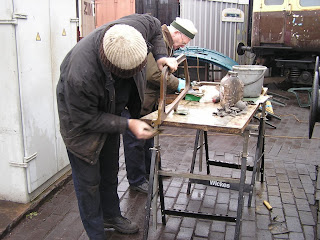 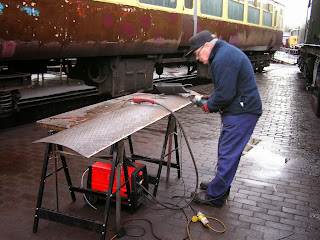 The fall plate, which bridges the gap between engine and tender, receives some remedial work with the addition of a rubbing strip