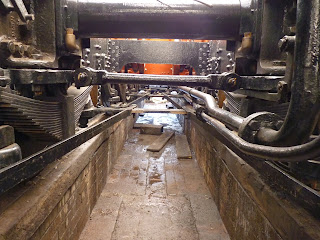 In the pit beneath 7820, the linkage from the vacuum cylinder to the adjusting barrels has been connected to the leading brake beam compensating gear and the pull rods between leading and intermediate brake beams fitted. The picture is taken from beneath the trailing axle.
The Cab 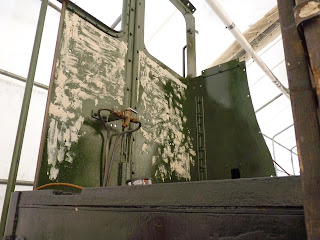 Some filling of pitting inside the cab will ensure a good finish.
The Frames 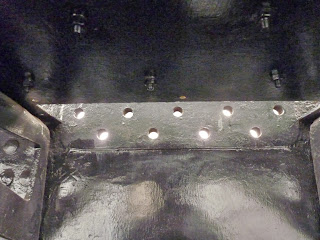 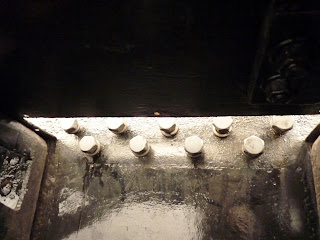 The nine bolts were fitted to both sides of the locomotive, a task not helped by the fact that although the bolt threads were all identical, the hexagon heads were of different sizes, 7/8"W and 11/16"W. 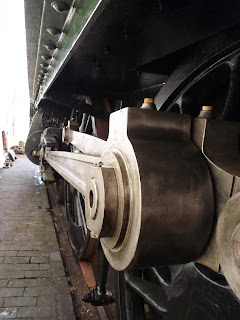 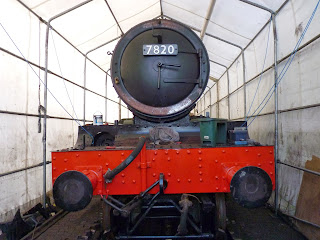 Attention is given to the paintwork on the smoke box ring as the smoke box will shortly be removed to re-unite it with the boiler.