The Missing Link - the Boiler 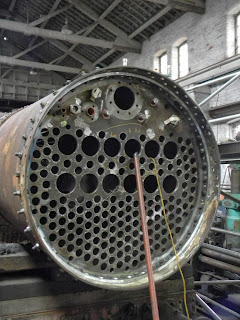 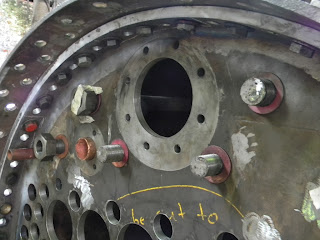 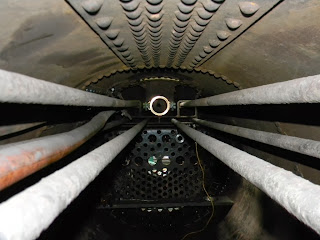 Inside the boiler looking towards the front tube plate 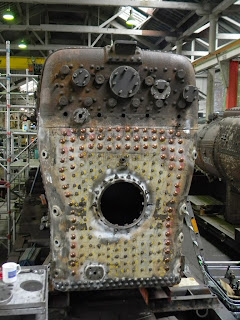 This view of the back of the firebox shows the substantial section of plating that has been renewed to include the fire hole door aperture, the double row of rivets at the bottom being where the foundation ring, which separates the inner firebox from the outer, has been installed. The mounting flanges have been faced and blanked off in readiness for testing. The bosses welded to the corners of the firebox will one day hold the brass washout plugs 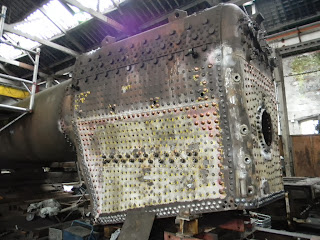 Substantial re-plating has been necessary on the lower section of the outer which is normally inaccessible as it is between the frames. The horizontal row of studs will carry the firebox support and expansion plates. 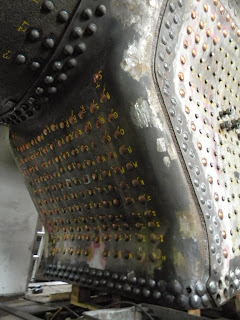 The Manor class locomotives have a unique throat plate that slopes back from the flange on the boiler to the foundation ring which allows clearance for the driving axle of the centre coupled wheels. The throat plate was renewed in its entirety and was formed at Tyseley Locomotive Works and delivered to Bury for fitting. 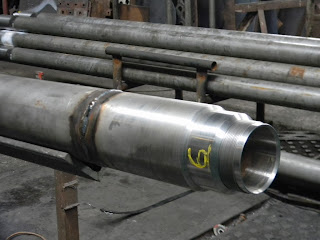 A bottle end, which screws into the rear tube plate, has been welded to the large tube which
will carry the superheater elements 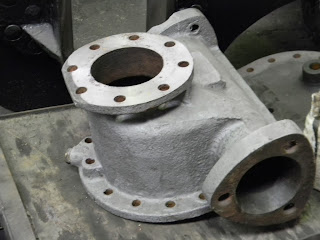 The regulator box has had the face which mates to the tube plate re-machined.
MEANWHILE back at Tyseley 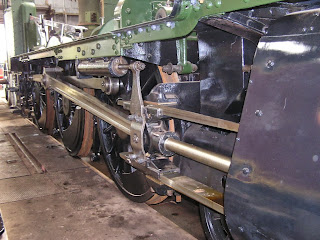 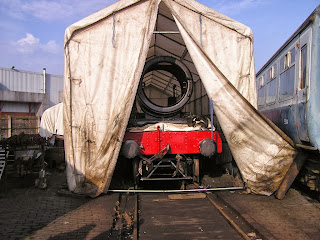 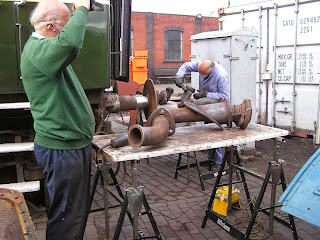 The steam pipes from the superheater header to the valve chest are being cleaned and inspected. 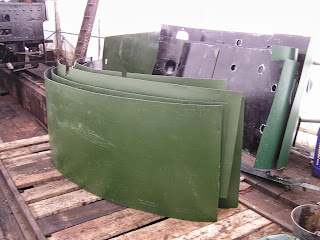 Now having arrived on site at Tyseley, the firebox and boiler cladding are stored in readiness for the return of the boiler