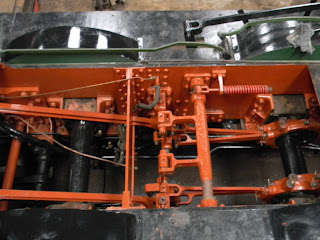 With the problems arising when the gear was dismantled from incorrectly marked components, the eccentric straps and rods have been erected to complete the assembly of the valve gear. 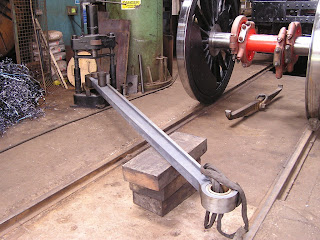 With the rod under the press, a start can be made to get the big end bush out 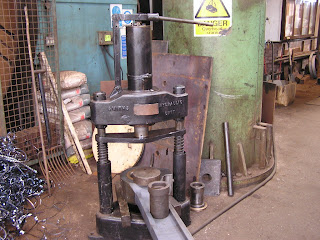 Spacers are arranged to push out the bush 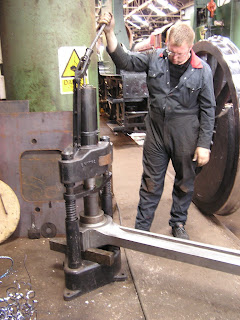 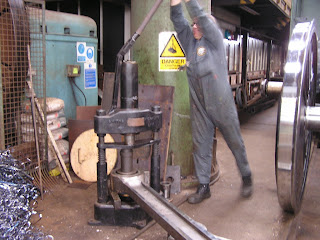 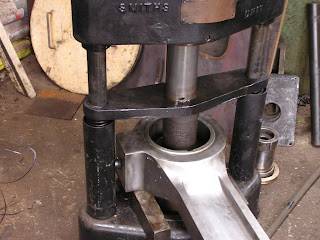 The bush almost out 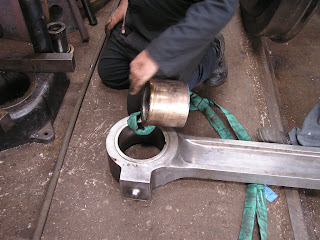 The bush brass is now ready to have the old white metal removed and then re-metalled, machined and
fitted back into the rod - simples! 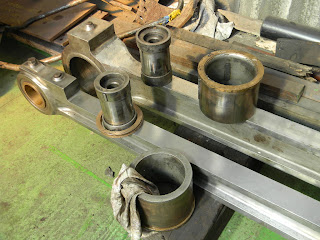 Rods, bushes and gudgeon pins which will shortly be performing the task they were designed for.
Smoke Box Components 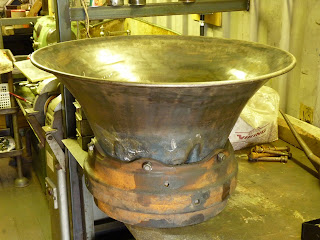 Meanwhile in a galaxy far, far way a new petticoat spinning has been fashioned to fit the new blower ring casting 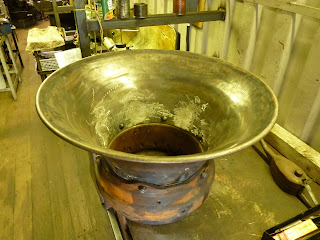 With the petticoat and blower ring assembled, it is ready for a trial fit to the later style of Manor chimney fitted after the redrafting of the mid 1950's which transformed the steaming capabilities of engines once renowned for being shy on steam.
Posted by Unknown at 12:46